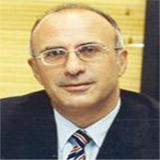 Nondas Cl. Metaxas has served as a member of the first Council of the Cyprus Stock Exchange (1993-1995) and has ultimately served as the Director General - CEO of the Cyprus Stock Exchange. He has also served in a number of Boards and Committees including the Export Award Council, the Advisory Council on Tertiary Education, Risk Management Committee of the University of Cyprus, Corporate Governance Advisory Committee.
Some of the international boards he is a member of, are the Board of Directors of the ECSDA (European Central Securities Depositories Association), a Member of the Working Committee of the WFE (World Federation of Exchanges), a Member of the Board of the FESE (Federation of the European Securities Exchanges), Chairman of the Budget and Audit Committee of the FESE (Federation of the European Securities Exchanges) and a Member of the Advisory Board of the Institute of Cultural Diplomacy, Germany, to name a few.
He has been a Speaker at a number of International Conferences eg. United Nations SSE Global Dialogue in Singapore in September 2016 and subsequent World Exchange Congresses.
He has written a number of articles on Capital Market Issues, on Marketing and Export Promotion.