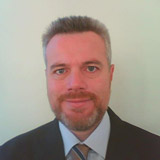 Dr. Evangelos D. Spinellis has studied Law at the Albert-Ludwig-Universtity of Freiburg (Germany) (1986-1988, Vordiplom/Zwischenprüfung) and the National and Kapodistrian University of Athens (Greece) (1988-1992, LL.B). He has also obtained a PhD in Law (Dr. iur.) from the University of Osnabrück (Germany) with distiction (“summa cum laudae”, first class honors). Thesis: “The Contractual and Property Law of the International Art Trade” (supervised by Prof. Dr. Christian von Bar).
He is a member of the Athens Bar Association (1994) litigating before the Greek Supreme Courts since 2005. Evangelos is practicing law both as litigator and/or legal counsel, among others, on the following fields: international business transactions, conflict of laws, civil law, international arbitration as well as commercial and banking Law. In particular, he has consulted on several issues regarding guarantee contracts, letters of credit, distributor agreements and selected legal issues on state bond loans.
Evangelos also teaches Civil Law as a Professor at the University (Academy) of the Greek Police since 2004 and since 2011-2012 as a teaching asistant at the Panteion University (Athens-Greece) on the following majors: Commercial Contracts, Property Law Issues, International Business Transactions, Civil and Criminal Corporate Liability, Employer's Liability for Professional Hazards. Moreover, he has taught “Contracs in international Art Trade” as a Visting Professor of the Master's Program “Art, Law and Economy” of the International Hellenic Univeristy (IHU) in Thessaloniki-Greece.
He is author of articles and contributor to collective works on Civil Law and Conflict of laws.